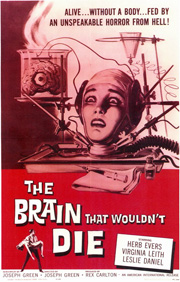 Paul Graham’s Y-Combinator request for startups that will kill Hollywood has opened up a can of exploding radioactive mega-worms – and this time, they’re angry. In the wake of the Internet industry’s fight against SOPA and PIPA, he posed the problem:

The main reason we want to fund such startups is not to protect the world from more SOPAs, but because SOPA brought it to our attention that Hollywood is dying. They must be dying if they’re resorting to such tactics. […] How do you kill the movie and TV industries? Or more precisely (since at this level, technological progress is probably predetermined) what is going to kill them? Mostly not what they like to believe is killing them, filesharing. What’s going to kill movies and TV is what’s already killing them: better ways to entertain people. So the best way to approach this problem is to ask yourself: what are people going to do for fun in 20 years instead of what they do now?

Cue pitchfork-wielding posts about how the studios are broken and we should be funding movies using the startup model.

In my opinion, these miss the mark in a fistful of ways.

Paul didn’t ask for new ways to make movies. He asked, what are people going to do for fun in 20 years? That’s a separate problem. Think about how storytelling has evolved through motion pictures: one-off shorts, full-length movies, talkies, serials, TV shows, video games, web shorts. Each of these advances was made possible by technology, but has art at its core. How can a connected medium like the Internet create new narrative experiences without disappearing into the mindless clicking of Zynga et al?

By the way, movies are awesome – and can’t be replaced by games. They’re ingrained as a deep part of our culture in a way that digital narratives have mostly managed when movie people get involved. (My favorite game of all time is The Secret of Monkey Island – a LucasFilm production.) Movies are also a collective experience in a way that digital culture can’t yet manage. Film nights – themed house parties where people watch a curated series of movies – are one of my favorite things in the world. The digital equivalent is probably LAN parties, where everyone has to bring their own computer and play a game together. Admittedly, that was fun when I was 15, but do you have the same conversations? Movies evolved from theater and literature – from pulpy paperbacks all the way through high art – whereas most games can still be tracked back to sports. They’re both important, but occupy different cultural niches.

Also, Raiders of the Lost Ark is five minutes shy of two hours long. Can you imagine sitting and watching someone play a game for that long? I’ve done it, and by the end of the first hour I’m usually half a Goomba jump away from going feral.

You can’t make a minimally viable movie. It’s tempting to treat a movie like a startup – and, of course, most movies are individual businesses with their own profit and loss sheets. But imagine what would happen if you tried to invent a whole plot and script based on the kinds of audience research and iterative demographic analytic analysis we all claim to practice on the web. You’d get the kind of forgettable paint-by-numbers movie that we’ve all seen a thousand times. No risks mean we never get to see anything new. (The same goes for startups, in my opinion.)

(Edit: the community over at Hacker News make an excellent point about this: that test screenings are commonplace, and that I contradict myself by saying that these methods lead to poor movies, which shows that it can be done. I guess I’m saying that movies can’t be made by lean methodologies alone.)

(A further edit: I don’t consider a low-budget movie to be a minimum viable product. This post by Anthony Panozza does a good job of explaining what the difference is, in my opinion.)

Distribution is the weakest link – and the real gatekeeper. Anyone can make a movie, especially now that cameras and professional editing suites have fallen into a price range that ordinary people can afford. The trick is getting a distributor to pick it up. Studios are legally barred from owning movie theaters; in other words, they haven’t owned the whole vertical chain since 1948. It’s distributors who ultimately control release dates and distribution, and who are blocking more innovative models from being established. These companies are the pink elephants on parade. What’ll we do?

Movies aren’t going anywhere in the face of digital, just as novels weren’t killed by movies. The incredibly creative people who make them aren’t going away either, although decreasing technology costs mean there may be more of them. Instead, we need to look to the next new model for narrative entertainment: a kind of social experience that we can experience together, passively, holding each other’s hands and laughing at the jokes in unison. That’s the only thing that’ll really kill Hollywood.